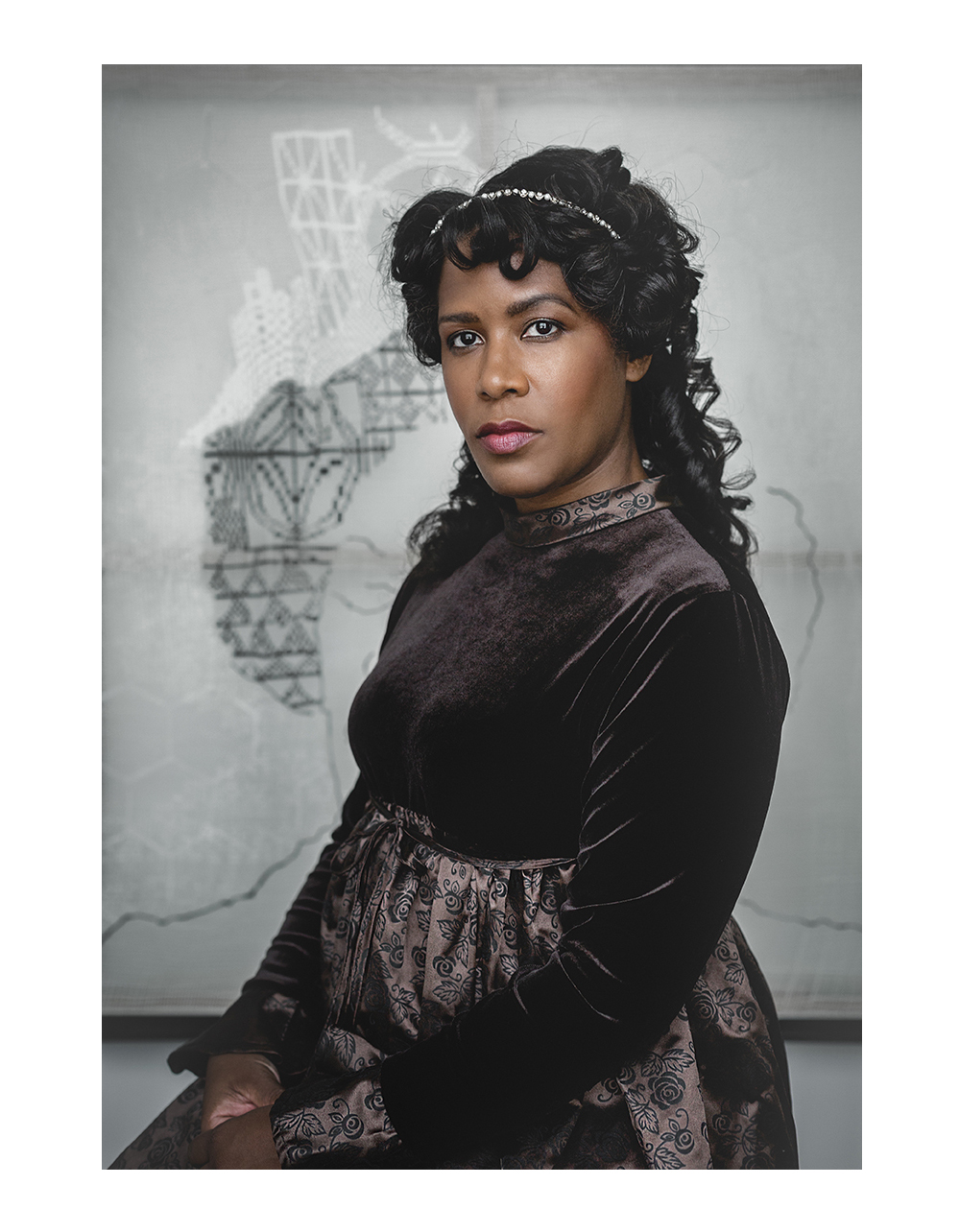 Since graduating from OCAD University in 2000, my work has reflected my relationship to the different spaces, architectural, cultural, and geographical, that I inhabit. My two-dimensional paintings incorporate unorthodox materials such as liquid paper and hair dye which further my explorations of processes of change. I investigate these notions of alteration through documenting changing environments, shifting belief systems, and the ongoing changes faced by all as members of the human race. The process I use to create the majority of my painting is influenced by an ancient West African technology of pulling threads from basic cloth. Pulling threads; a methodology used by the West African lower class to embellish and elevate inexpensive fabric in hopes that it too would elevate them to a higher social standing in their communities. I first employed this technique to my Walking Men Series from 2000 – 2004. Instead of replacing the fabric with colourful threads I filled the windows with content derived from white collar practices, terminology and technology. These works are now in many private and corporate collections including the McMaster Museum of Art and were also including in many exhibitions like Structure of the World curated by Dr. Ihor Holubizky and the G8 Summit curated by William Huffman.
WEBSITE